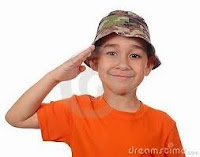 A SmallTalk Salute goes out to the 12 Dyett hunger strikers who are putting their bodies on the line to keep the public in public education. The community-based movement to put a real public, neighborhood school back into Dyett has drawn support from a coalition that includes the Chicago Teachers Union, the Chicago Botanic Garden, Teachers for Social Justice and other groups.

The movement to save Dyett, first from the condo developers and then from cynical attempts by the mayor and Ald. Will Burns to make it a charter -- or its bastardized version, a "contract school" -- is a fitting response to the mayor's closing of 50 schools. Other communities, ie. Humboldt Park, are watching closely as the idea of re-opening shuttered school buildings as new schools or public mixed-use sites, percolates.

All this takes me back to Mother's Day, Sunday May 13th 2001, when parents and neighborhood activists in Little Village, launched their hunger strike to get a new high school (a campus of 4 small schools) built in their community. The school had been promised by the board. $30 million had been allocated and spent elsewhere, and the land already purchased. But like Dyett, the process kept dragging out and parents became desperate.

The Little Village hunger strike lasted 13 days, drawing widespread support from the entire community, until finally the Mayor Daley, new CEO Arne Duncan (Paul Vallas had been canned, in part because of his mishandling of the strike), the school board relented and victory was declared. A new public school -- not a charter -- was built at 31st and Kostner. It stands as testimony to people power and public decision-making.