This is a stick-up. Your pension or your job. 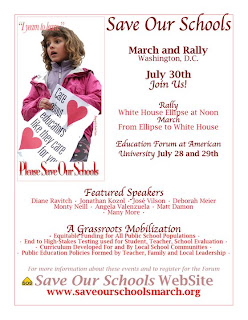 Mugging in Milwaukee
Supt. Thornton just fired 519 city teachers. Now he is threatening massive lay-offs unless the 5,600 members of the Milwaukee Teachers' Education Association would agree to pay $20 million more into their own pension fund. Of course there is no guarantee that a pension give-back, once surrendered, would prevent more firings.

Instead of creating jobs, Peterson said,


"Gov. Walker and his Republican supporters have forced the elimination of hundreds of family-sustaining jobs in Milwaukee" through layoffs. -- JS Online

No pension give-back for Chicago mayor
During the four decades he held public office — as mayor of Chicago, Cook County state’s attorney and Illinois state senator — Richard M. Daley paid a total of $393,679 into his government pension plans.

He’ll get all of it back within 26 months. Daley has begun collecting his pension, which, for now, comes to $183,779 a year. Next year, he’ll start getting automatic cost-of-living raises that will boost his pension by 3 percent every year. Daley, 69, chose to retire under the state’s most lucrative government pension plan — the one that Illinois legislators set up for themselves. It provides Daley with a pension equal to 85 percent of his final mayoral salary of $216,210. The state pays two-thirds of his pension. The city — which also is providing the former mayor and his wife with two limos and 5 bodyguards for life — picks up the rest. -- Sun-Times
Posted by Mike Klonsky at 11:58 AM