Reich -- The war on workers' rights 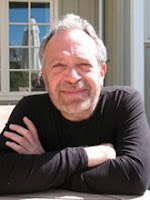 Sec. of Labor during the Clinton administration, Robert Reich, tells why the current war on workers' rights has undermined the American economy:


For three decades after World War II – I call it the “Great Prosperity” – wages rose in tandem with productivity. Americans shared the gains of growth, and had enough money to buy what they produced. That’s largely due to the role of labor unions. In 1955, over a third of American workers in the private sector were unionized. Today, fewer than 7 percent are.

With the decline of unions came the stagnation of American wages. More and more of the total income and wealth of America has gone to the very top. Middle-class purchasing power depended on mothers going into paid work, everyone working longer hours, and, finally, the middle class going deep into debt, using their homes as collateral.

But now all these coping mechanisms are exhausted — and we’re living with the consequence.