King's dream vacated by a court in Chicago 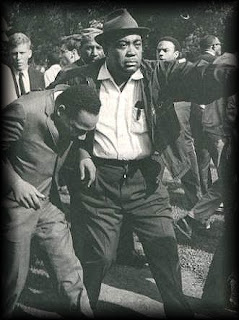 Dr. King attacked by racist mob when he came to Chicago in 1966
While Arne Duncan was invoking the name of Dr. Martin Luther King, in an effort to rally support for NCLB re-authorization, a federal court, in his home town was putting the final nail in the coffin of Chicago's 29-year-old school de-seg agreement.

U.S. District Judge Charles Kocoras scrapped the CPS desegregation consent decree--a move that likely will result in the district abandoning the use of race as a factor in the admissions policies of magnet and selective schools. The move by U.S. District Judge Charles Kocoras also halted the court's monitoring of the district's bilingual program, which activists claimed is still inadequate and in need of supervision.

Kocoras' decision came only a long, intense campaign to have the consent decree vacated, led by Duncan, his successor Ron Huberman and Mayor Daley, who saw the deseg struggle as futile and as a drain on district funds.

Community and civil rights groups are rightfully worried that the decision will further limit access of black and Latino students to selective enrollment schools. The question now facing a school district made up 93% of children of color is: since Brown v. Board is dead, how about at least taking Plessy v. Ferguson (separate but equal) seriously?