Looking for a "Great White Hope" 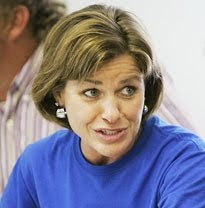 Lynn Jenkins
Back in 1989 when Chicago Mayor Daley was first campaigning against the city's first African-American mayor, Harold Washington, he was caught saying that the city needed a "white mayor." When called on it, Daley quickly went into denial mode. "I was misquoted," said the soon-to-be-defeated machine candidate. When asked how his comment should be interpreted, Daley responded with the words, "wet mayor, I said, a wet mayor."

I'm harking back to this strange episode as I'm reading about Kansas Republican Congresswoman Lynn Jenkins telling her audience that her party was looking for a "great white hope." Later Jenkins' spokeswoman Mary Geiger explained that Jenkins' remark was not meant to refer to "race, creed or any background." 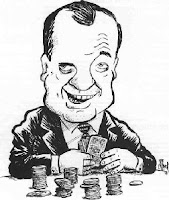 If you really want to know what Renaissance 2010 is all about, read this gut-wrenching account of the destruction of De La Cruz Middle School in the predominantly Mexican Pilsen Community.

So here's the answer to the mystery: Renaissance 2010 is not based on solid research, educational theory, or inference from data. It is based on a Gospel, that the Market will heal you, and government--and the teacher's unions--are necessarily the problem. Shut down schools and liquidate their staff, encourage privatize players to enter the education "market". (Gapers Block)