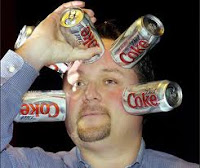 Chicago's two lame-ducks, Mayor Daley and schools CEO Huberman, are stalling for time. With mayoral and aldermanic elections coming up, the Pilsen parents' occupation of the Whittier field house is gaining support and lots of good media with each passing day. One columnist wrote that Whittier is likely to attract more campaigning pols than a CTA L platform. Daley and the powers that be are telling Huberman to end the crisis, make it go away, without conceding to the protesters' key demand. They want a library for their kids.

Huberman has tried calling in the cops. But that succeeded only in rallying hundreds of new troops for  Camp Whittier. Then he tried turning off the heat in the field house. But that so incensed the community that it brought down heat from State Rep. Cynthia Soto and her schools facilities task force as well as from City Council members who ordered the gas company to turn the heat back on.

The latest from Huberman's bag of stupid-human tricks came yesterday. He promised not to demolish the field house for six months if parents would only abandon the occupation, now in its 23rd day.


"At this point, we are willing to say we won't demolish the building for six months,'' said CPS spokeswoman Monique Bond. "These are small steps, but we need to work toward a workable solution.'' (Sun-Times)

A desperate Huberman, who plans to beat his boss out the door, is obviously trying to buy time and pass the problem on to his successor. But the parents would have none of it.


"It's a slap in the face,'' Whittier parent Araceli Gonzalez said of Huberman's letter. "We want a letter, simple as that, to not demolish [the field house] and it will be a library.''

One can only wonder--who's advising this guy (Huberman)?
Posted by Mike Klonsky at 6:53 AM