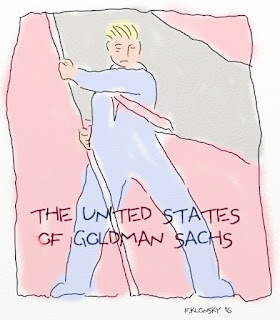 
THE PHRASE “FAKE NEWS”... lacks any clear definition, it is essentially useless except as an instrument of propaganda and censorship. The most important fact to realize about this new term: those who most loudly denounce Fake News are typically those most aggressively disseminating it. -- The Intercept


Not once have I ever had the time to ask myself, “Are my songs literature?” So, I do thank the Swedish Academy, both for taking the time to consider that very question, and, ultimately, for providing such a wonderful answer. -- Nobel Prize acceptance speech


“The African American community was great to us. They came through big league. And frankly, if they had any doubt, they didn’t vote. And that was almost as good. Because a bunch of people didn’t show up, because they felt good about me.” -- Think Progress 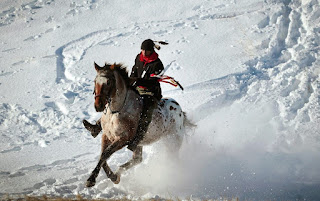 
“I think it’s important for people to realize that … we don’t have to drive 17 hours to North Dakota to see the extraction issues that are causing so much pain to people in our communities. We don’t have to look far to find issues to work on locally that have to do with water rights and protecting our environment for the next generation, which is what the people at Standing Rock are doing.” -- Southern Illinoisian


In defeating the Dakota Access Pipeline, we had to take on the entire fossil fuel industry and, once again, a majority of Congress. When faced with a strong grassroots movement, led by the Native American community and environmentalists all across the country, President Obama did the right thing — and deserves credit for it. -- Blueprint for defeating Trump


Along with much of the rest of the country, North Carolina fell victim this year to the extremism we’ve not yet experienced in Donald Trump. But we could not be deceived by the extremism we have endured under Pat McCrory. Though we know too well that America faces some tough days ahead, this moral victory should give all Americans reason to hope that we can revive the heart of our democracy and move forward together to a more perfect union. -- The Nation


But when the question involves the human factor, building trust with your communities where you’re drilling, or convincing people that fracking is not going to ruin their water, or dealing with political environments in 150 different countries with lots of supply problems, or dealing with violence on the ground around your oil fields in Africa — in all of those areas, I think they have a habit of not really taking anybody’s advice. They keep the windows closed." -- New York Times

I suspect liberals who write we aren't empathetic enough w/Trump voters will eventually write we were too weak to resist U.S. neofascism.
— Rafael Yglesias (@rafaelyglesias) December 11, 2016