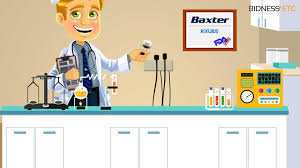 In line with the times, CPS is moving further into the ownership-society orbit.

The latest is the board's deal with pharmaceutical giant Baxter Int'l. The Sun-Times reports that Baxter will be funneling retiring execs into CPS classrooms to teach health science classes. This while 1,000 teachers and staff has been pink-slipped.


The company was introduced to the idea by Alan Mather, who heads CPS’s Office of College & Career Success. He worked with Baxter when he was principal at Lindblom Math & Science Academy, where he was honored with a Golden Apple award.

The idea came about more than a year ago when Mather was in New York. It was a personal trip, but he made time to visit with IBM to hear how it pays employees to go back to school to become teachers. “I thought it sounded like something we could try,” Mather said.

How it works: Companies contribute $15,000 for employees nearing retirement or preparing a career change to earn a teaching certificate.

They’ll then move into the classroom, where they can talk from personal experience about how these technical subjects are used in the real world.

Real world, indeed. I doubt that CPS students will be learning much about global health care or health industry ethics from these Baster execs.

Don't get me wrong. I don't want to single out Baxter and there's nothing wrong with Chicago companies contributing money and personnel to help support public schools.

Baxter's role in CPS goes back to the Daley administration. They should do more of it. Paying their fair share of taxes would be a great start.

In the same vein (no pun intended),...CPS Inspector General Nicholas Schuler says that wealthy families are still scamming their kids into the city's selective enrollment schools. Nobody is really shocked at such news. We remember how Gov. Rauner made that notorious phone call to Arne Duncan to make sure his unqualified daughter would be put on Duncan's secret VIP list for back-door admission to selective Walter Payton High School. And it wasn't just Rauner. The city's rich and powerful clouting their kids into elite schools worked then and is still working says Schuler.