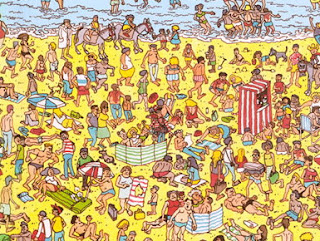 Back on April 30th, CPS made a major announcement. Barbara Byrd-Bennett had been named to replace Noemi Donoso as the interim Chief Education Officer. Donoso jumped ship after serving less than a year in the Rahm/Brizard regime. Donoso herself  was brought in more than a year after the departure of Barbara Eason-Watkins.

BBB, the former “executive coach” for the Broad Superintendents Academy, who during her time in Cleveland was the highest paid school superintendent in the nation,  was supposed to come in to town on May 1 to serve as "chief education advisor." Then, upon Donoso's official departure on May 31st, she was supposed to be officially named interim chief education officer.

But now it's July 9th and we haven't seen hide nor hair of her and the CPS website still refers to BBB as "chief education advisor."

It's not like the system's top educator, especially an African-American educator, has any real power in the current old-boys network, mayoral-control system of school management, but BBB hasn't even shown her face since being appointed. The last time her name was even uttered in the Chicago media was on April 30th.

What gives, Mr. Mayor? What's up with that, CEO Brizard? Doesn't the system need a top educator? Why isn't anyone asking, Chicago media? Did you think this story would just go away?
Posted by Mike Klonsky at 8:48 AM