“It is a contract. What do we have, 72 years left on it? That’s a long time for me to talk about. I’m not gonna be here that long." -- Rahm Emanuel 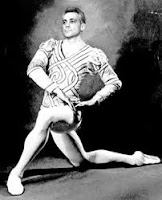 Rahm claims that when it comes to Chicago's great multi-billion-dollar parking meeting swindle, he's "the new sheriff in town." That's laughable.  Mayor Daley's 75-year give-away to Wall Street and Abu Dhabi bankers landed him with a job in the law office that swung the deal. Taxpayers now have to shell out millions extra, not just for daily parking in their own neighborhoods, but even for NOT PARKING. Hell, I would let folks not park in my driveway for half that amount.

While the mayor continues his non-negotiations with the CTU -- teachers are now working without a contract -- his fight with city corporate plunderers is a phony one. After his stalling, prancing, and pouting in front of the TV cameras. Rahm will deliver whatever his patrons at Chicago Parking Meters LLC or the Ricketts Family, or the Pritzkers or Rauners expect of him. When they come calling, he takes off his sheriff's hat and dons his ballerino tutu for them.

But Rahm's hardball tactics with the CTU could spell bad news for the Obama campaign. Rahm's failed policies and screwed-up priorities have the president keeping his distance. The campaign announced that Obama will be a no-show at the south-side's Bud Billiken Parade. It's the nation’s oldest and largest African-American parade and picnic and will draw close to a million revelers on Aug. 11. It's theme will be all about education and urging youths back to school with the theme, “Education, Built to Last: A Tribute to Barack Obama.”


Since his 2008 campaign, the president has avoided policy positions, imagery or utterances that would make it appear he is embracing his black base. Chicago conjures up grim images that might beg questions about Obama’s “priorities.” In the last school year, 24 Chicago Public School students were shot to death on our streets. There were 319 shootings of our children from September to June, according to the Chicago Police Department... By mid-August, Mayor Rahm Emanuel and the Chicago Teachers Union may be embroiled in high-stakes negotiations over a new teachers’ contract.

The ugliest outcome, a strike, means no one goes back to school.

The black unemployment rate in Chicago neighborhoods such as Washington Park is way out of the box.

In 2012, summer fun is in short supply. Parade watchers along the Bud Billiken route might wonder, “What has the first black president done for black America?” That’s a good question.