Duncan's new tests may be worse than the old ones 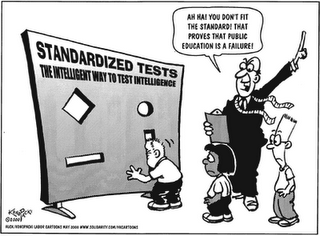 Arne Duncan's been telling us for years now, that the only problem with current standardized testing mania is the quality of the tests. So he's put together a consortium of testing experts, using $330 million in stimulus money through the federal Race to the Top competition, to design new "next-generation assessments" intended to measure critical thinking, particularly the critical skills emphasized by the Common Core State Standards.

Problem is, some of these new tests are in many ways even worse than the old ones. This according to a survey of  "education insiders" due to be published this week.