“We believe this will save the Medicaid program.” --Julie Hamos, director of the state Healthcare and Family Services department.

"We're not pulling back from service. In fact, we're giving more service to more people and we're adding a new benefit." -- Rahm Emanuel

I'm thinking that with IL Dems like thes who needs Walker? 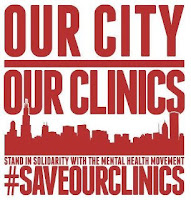 Gov. Quinn just signed on to $1.6 billion in cuts to Medicaid. The cuts include termination of the Illinois Cares Rx prescription drug program for the low-income elderly and disabled and a $15 million-a-year program that provided nursing services to “medically fragile” children reliant on ventilators so they could remain in their homes rather than being moved full-time into hospitals.

I know, I'm not supposed to call them cuts. Since the Dems are doing it, they're "reforms." Like Julie Hamos says, we're actually "saving" Medicaid. In the mean time, those kids on the ventilators will just have to suck it up. It's like when Mayor Rahm closes the city's mental health clinics, he's not really closing them. He's actually providing "more services." Haven't you heard of the old saying, "less is more"?


I'm also thinking maybe it's about time for Reading, PA to appeal to India, China, Saudi Arabia, somebody (Haiti ??) for foreign aid so that the poorest city in the U.S. can afford to have public education for its children.

The Republican-led legislature is debating a proposed budget from Gov. Tom Corbett (R) that would cut $100 million more from public K-12 education, and end a block grant program that funds kindergarten and small class sizes, according to Mike Crossey, the president of the Pennsylvania State Education Association. The budget also would also cut $30 million from early education and $18 million from childcare programs. -- Joy Resmovits at Huffington 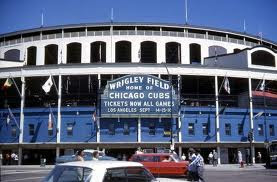 Finally, as the weekend approaches, I'm thinking baseball. I'm also thinking how wonderful it is that Rahm has put aside his differences with the Cubs owners, the right-wing billionaire Ricketts family. Remember when old man Ricketts and his wing-nut super PAC proposed that $10 million racist Rev. Jeremiah Wright-Obama attack ad campaign? Rahm was livid -- wink, wink.  It turns out all is forgiven and the Rahm, will likely deliver millions in taxpayer dollars to renovate Wrigley Field in order to save the poor Ricketts family the expense. This on top of already huge tax breaks.

To top things off Rahm will also let the taxpayers build a new practice arena for the Bulls billionaire owner, Jerry Reinsdorf on top of his already existing tax benefits. The move, according to the Tribune, "could help fuel the continued gentrification of the Near West Side" and "change a prominent dynamic in the real estate market for North Shore mansions where many players have lived."

Who says, the city is broke?

Well actually, Rahm does. That's why the school workers in SEIU will receive only a 2% pay increase in their new contract along with an "escape clause" that allows the board to renege on future raises if the city "can't afford them."  I'll bet there's no such escape clause in Rahm's deal with the Cubs and Bulls.