Celebrating the life of Studs Terkel 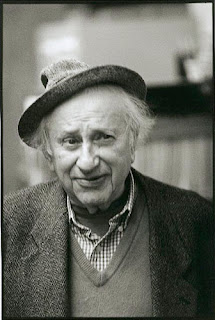 The New Press will be hosting a memorial celebration of the life and work of Studs Terkel, who died on October 31st at the age of 96, on Sunday, December 7th at 4:00 pm in The Great Hall of Cooper Union.


Co-sponsored by The Nation and The Indypendent.

The event will be open to the public and free of charge.