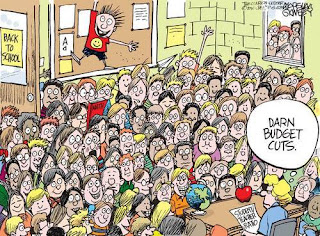 In the weeks ahead, as Chicago, Philadelphia and other large urban school districts pursue large-scale school closing reform policies, I will be taking a look at some of the current research on how such policies impact the lives of students.

Research for Action, a non-profit education research organization, has done a study of large-scale school closings which includes the impact of closings on student learning.  The study was done on behalf of the Philadelphia City Council. Philly's school district is currently moving ahead with its plan to close 37 schools.

According to RFA, research on the effects of mass closings in an unnamed district found small, persistently negative effects on displaced students. These negative effects were ameliorated when students were sent to better achieving schools but the study's authors don't necessarily support school closures as a means for improving student achievement. The study concludes:


Research suggests school closings may hinder, and rarely help, students’ academic progress. Our analysis of Philadelphia’s closing and receiving schools reveals that in at least some cases, students may be transferred to lower or comparably-performing schools based on standardized achievement data and AYP determinations. A caveat here is that the measure of any school building goes far beyond student test scores and accountability determinations, and other factors—such as indicators of parental and community engagement and student safety—should be considered as well.