Looking back at Clinton's campaign against youth violence 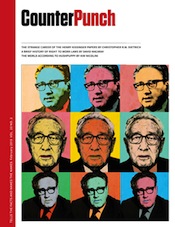 It's difficult and heartbreaking to look at the news each day and see the growing body count of Chicago's mostly-young gun violence victims without thinking about what might have been. Pandemic gun violence, with accompanying catastrophic effects on the families and friends of both the victims and shooters, could have been avoided or at least diminished if appropriate measures had been taken and policy decisions made in the wake of the 1999 massacre at Columbine High School.

Back during the Clinton administration, as part of his National Campaign Against Youth Violence (NCAYV), in the months following the Columbine disaster, I was invited to join President Clinton's Academic Advisory Board. The board was led by anthropologist John Devine (Maximum Security) and included some of the nation’s leading scholars of urban America and youth violence, such as Elijah Anderson (Code of the Street), Sissila Bok (Common Values), Philippe Bourgois (In Search of Respect), William Damon, Kenneth Dodge, Richard Freeman, James Garbarino (Lost Boys), James Gibbons, James Gillian (Violence: Reflections on a National Epidemic), David Kennedy, Alan J. Lipton, William Pollack (Real Boys), James Short (Collective Violence), Joel Wallman, Frank Zimring (The City that Became Safe), and Nancy Scheper- Hughes (Small Wars: The Cultural Politics of Childhood).  [Apologies to those whose books are not mentioned. These are the ones I've read and use in my courses].

Writing in this month's CounterPunch ("No Magic Bullets"), UC-Berkeley professor Scheper-Hughes takes a critical look back at the Campaign and gives an in-depth account of the work of the Academic Advisory Board.

Over the course of several meetings we collaborated in the preparation of a detailed report that identified key variables overlooked by the national campaign. We documented the links between isolated public mass shootings in schools and the broader social and political context of excessively high rates of youth homicides and suicides, of alienation and isolation of youth from their parents, schools, and communities. Drawing on the expertise of the advisory panel members we explained the ‘Code of the streets’ (E. Anderson) and the ‘Search for respect’ (P. Borgois) that contributed to homicides and suicides among minority youth. The hypersensitivity and hyper reactivity to imagined insults were the offspring of a profound sense of shame and low self-esteem resulting from the extreme marginalization of unwanted and despised (even more than disrespected) populations. We described the culture of bullying in elementary schools that was not yet recognized as a trigger in some mass shooting incidents. Finally, we touched upon the lethal association of male honor with physical force and of power and might with deadly weapons. This led us to a critique of gun culture, but this conversation was derailed by those members of the board who labeled gun control a toxic subject, one that had to be carefully finessed.

Scheper-Hughes even takes note of my own "passionate advocacy for smaller schools with lower teacher-student ratios that have a proven record of decreasing incidents of school violence." She points out that such advocacy made no inroads to a US Congress that was all about charter schools and downsizing and closing failed public schools. The call for building new and creative school environments on a human scale seems, in hindsight, almost utopian.

But I should make one slight correction there. A badly divided Congress (what else is new?) did come together to appropriate funding for a national Smaller Learning Communities initiative, a federal grant program to encourage the creation of smaller learning environments in large high schools. But like most other school-based reforms, SLCs, which could be designed and implemented by classroom teachers, soon gave way to privately-run charter schools as the reform of choice, under pressure from Gates and other power philanthropists who felt charters gave them more bang for the buck.

In the main, however, Scheper-Hughes has it right. A political bent towards charters, privatization, and militarization of public schools held sway in Congress over the need for the more thorough-going school and societal changes being pushed by the Advisory Board.

In short, all the solid academic educational research filling up college libraries has little chance when it comes up against the interests of corporate school reform and its giant philanthropic backers, unless it is connected to real social movements in the communities. CReATE, here in Chicago, may provide such a model.