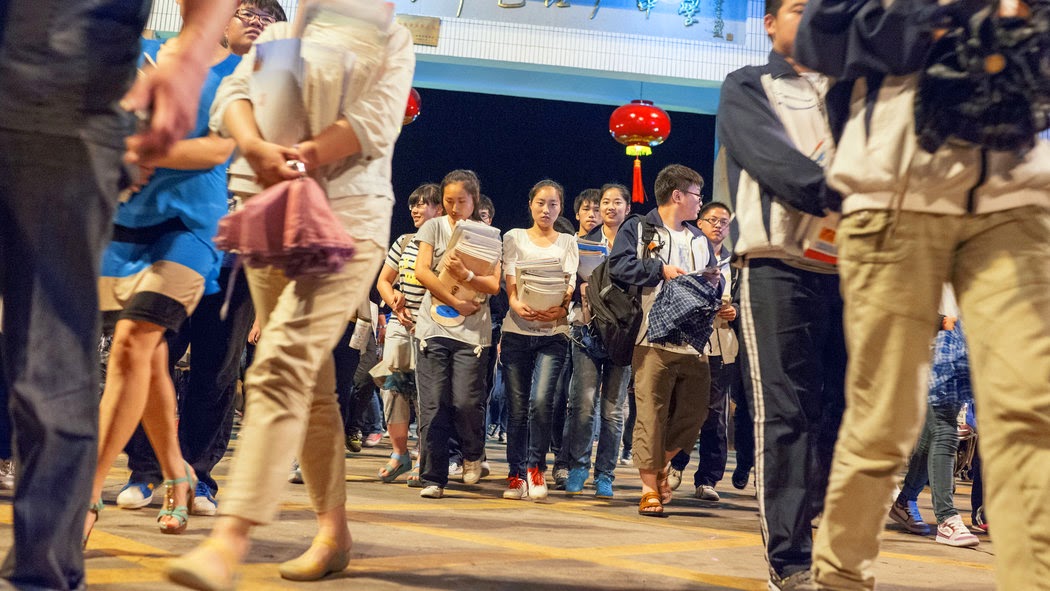 The fact is that we are falling further behind our international competitors educationally. We should recognize that as an urgent wake-up call. But we are sleeping through the alarm. In the U.S., we are still just talking about the steps many leading countries are actually taking to prepare their students for a competitive global economy. Falling behind educationally now will hurt our country economically for generations. -- Ed Secretary, Arne Duncan

Duncan's "wake-up call" is a nightmare for schools and educators. His dream and vision is indicative, among other things, of our growing fear and jealousy of China's remarkable industrial and technological growth. According to the latest reports from the IMF, the U.S. is no longer the largest economy in the world. China has become number one. Duncan, along with the current batch of corporate school reformers are blaming the schools for this supposed decline in America's competitive position in the race for global hemony. They desperately want to make our schools more like China's with a single-minded focus on testing.

In her review of Yong Zhao's book, Who’s Afraid of the Big Bad Dragon? Why China Has the Best (and Worst) Education System in the World, Diane Ravitch writes:


Policymakers and legislators are convinced that the best way to raise test scores is to administer more standardized tests and to make them harder to pass. This love affair with testing had its origins in 1983, when a national commission on education released a report called “A Nation at Risk.”

I hope that they (and everyone) will read NYT Magazine's amazing account of China's "testing factories", schools where thousands of students and teachers essentially live or die by the standardized test (the gaokao).


China’s treadmill of standardized tests has produced, along with high levels of literacy and government control, some of the world’s most scarily proficient test-takers. Shanghai high-school students have dominated the last two cycles of the Program for International Student Assessment exam, leading more than one U.S. official to connect this to a broader “Sputnik moment” of coming Chinese superiority. Yet even as American educators try to divine the secret of China’s test-taking prowess, the gaokao is coming under fire in China as an anachronism that stifles innovative thought and puts excessive pressure on students. Teenage suicide rates tend to rise as the gaokao nears. Two years ago, a student posted a shocking photograph online: a public high-school classroom full of students hunched over books, all hooked up to intravenous drips to give them the strength to keep studying.

What irony! Just as China is trying to move away from its own testing madness, we are rushing towards it at full speed.
Posted by Mike Klonsky at 2:41 PM