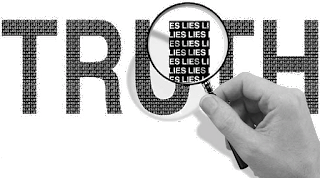 Our CReATE group has come out with another report exposing the continuing CPS disinformation campaign around school closings. This one shows that impact of the closings on the lives of students has been underestimated in media statements from the Board by more than 50%.

UIC researchers Josh Radinsky and Federico Waitoller prepared the report which further details the devastating effects of the proposed school closings in terms of student relocation and faculty dismissal. They show that CPS statements on this matter greatly underestimate the scale of the impact. One of the stunning facts this report reveals is that the number of African American elementary students to be impacted by these actions (34,946, elementary only, not counting the 8 high schools) represents over 27% of all African American children between the ages of 5 and 14 living in the City of Chicago.

The report on the Impact of Proposed School Closings is available at http://tinyurl.com/d86lzdx

A Sun-Times editorial nitpicks the report while at the same time, using it to demonstrate the lack of transparency of the part of the Mayor and his hand-picked Board.


Federico R. Waitoller and Josh Radinsky, professors at UIC, simply added up the students in the 133 schools affected by a shake-up. They also found nearly 7,200 impacted special education students, many of whom struggle mightily with transitions...The professors used slightly outdated numbers from 2011-12, and enrollment has dropped by about 2,000 since then. CPS argues that the impact on students will be less with turnarounds and co-locations. Maybe so, but any school shake-up, well, shakes up a school community.

I assume "shake up" here is intended as a euphemism for destabilize, blight, isolate, rob of resources...

But the main take-away from the research, however you want to play with the numbers, is that Rahm, Byrd-Bennett, and CPS Liar-in-Chief Becky Carroll, aren't being straight with the community. If the school closings are such a great idea, if they are truly going to liberate poor and African-American students, "trapped in inferior schools," then why the steady flow of  lies and disinformation?

The question answers itself.
Posted by Mike Klonsky at 9:44 AM