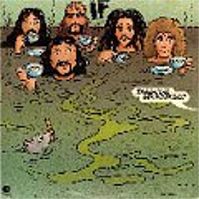 As I head out the door this cold Chicago morning, free from fear of the fiscal cliff, why does that old "Break's over -- Everyone back on their heads" joke keep popping into my head?

Obama was the big winner over the T-Party fiscal-cliff  ferrets. It's a tiny taste of what happens when the message is framed as the 99% vs. the 1%. Thanks Occupy! But we the people remained largely as spectators to the grand deal and as a result, the deal falls short on making up for the revenue lost due to the Bush tax cuts. This has got to change as the next phase of the battle begins in the weeks ahead.

If Obama stands his ground in that confrontation, this deal won’t look bad in retrospect. If he doesn’t, yesterday will be seen as the day he began throwing away his presidency and the hopes of everyone who supported him.

Tomorrow, it's out of the bleachers and into the streets, as thousands of teachers, union members, retirees (now and future), organized by We Are One, Illinois head down to Springfield to have our voices heard and to stop the pension grab.

Aurorians (that was the name of my high school graduating class in '61) can hear my brother Fred speak this evening on a panel about the pension battle.

A big Right On! for Fred, who has become a top-gun in the teacher-pension battle. Don't miss this year-end revue of 10-minute drawings.