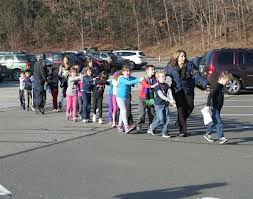 The heroism of the Sandy Hook teachers has helped reshape the national discussion about the policy direction of school reform -- or at least it should, according to AP education writer, Christine Amario:

That gratitude for teachers is a respite from recent years in which politicians and the public have viewed them as anything but heroes. Instead, teachers have been the focus of increased scrutiny, criticized for what is perceived as having generous and unwarranted benefits and job security.
More from Amario:


Over the last four years, a wave of reforms, prompted largely by the U.S. Department of Education and its $4.35 billion Race to the Top competition, has led states to strip teachers of tenure and institute tougher evaluations based in considerable part on student scores on standardized tests. The heavier emphasis on testing has led to a narrowing of what is perceived as the teacher's role in the classroom.

Amario goes on to quote Harvard ed prof Pat Graham who I first met when she was president of the Spencer Spencer Foundation here in Chicago back in the '90s.


"Most of the talk about teachers lately has been, `Should we judge teachers simply by children's performance on standardized tests?"' said Patricia Albjerg Graham, a professor of the history of education at Harvard University. "And while it's very important that teachers assist children in learning, it's also true that they help them get in the mood for learning and protect them and care for them while they're in school."

Whether the courageous actions in Newtown, Conn., lead to anything more than a temporary shift in the tone of how the nation talks about teachers remains to be seen. But for the moment, teachers are grateful, concludes Amario.
Posted by Mike Klonsky at 9:34 AM