What the new year will bring 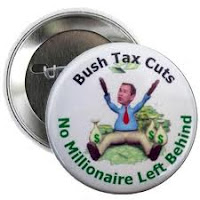 Sociologists are worried about the Republican takeover of the House. They damn well ought to be.


The new majority in the House believes that the election provided a mandate to change the course of policy from extending the Bush-era tax cuts, repealing health care reform, and cutting federal spending. Another concern is the capacity of the new majority to attack science it doesn’t like from climate change to social and behavioral research.

**********
Can someone please explain why it will "take months" for the Pentagon to implement the end of DADT?


Under the bill approved by a Senate vote of 65-31, the president and Pentagon must first certify that lifting the ban won't hurt troops' ability to fight. After that, the military will undergo a 60-day wait period before any changes are made.

We're spending $100 billion a year on a country that had a gross domestic product of a little more than $2 billion when we invaded in 2001. By 2014, this administration will have spent more than $700 billion on Afghanistan directly. Those are direct costs, the 2nd figure being what we are not getting because of the extension of the Bush tax cuts to the rich.