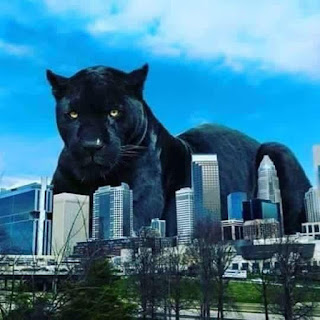 
An article published this weekend in The Guardian suggests that “Black Panther” has already raised consciousness about black political prisoners. It’s exciting to imagine a generation of black children asking the question, “Who were the real Black Panthers?,” and learning that the party was created to monitor police brutality in Oakland, and expanded to include fights for healthcare, and provided free lunch programs for children; conversations that would ordinarily take place in African-American studies classes at major universities, now being taught to children in the fifth grade.

Brother Fred and I will be doing a special edition of Hitting Left on March 21st as part of our year-long 1968 retrospective. In-studio guests will be Cha Cha Jimenez from the Young Lords Organization, Billy "Che"Brooks from the original IL Black Panther Party and former SDSer Susan Klonsky. We'll be talking about the old (original) Rainbow Coalition that turned the old Mayor Daley's Chicago upside-down in '68.


Note to the Pearsons: Next time you're giving away $100M to help the cause of world peace, come talk to me first. U of C is the last place you should turn. They're much too busy promoting the likes of war-mongering racists like Bannon and Lewandowski.

Upcoming Friday on HL we'll be talking media/politics with Lorraine Forte, newly-hired member of the Sun-Times editorial board. Lorraine has served as the executive editor of The Chicago Reporter and editor-in-chief of the Reporter’s sister publication Catalyst Chicago.