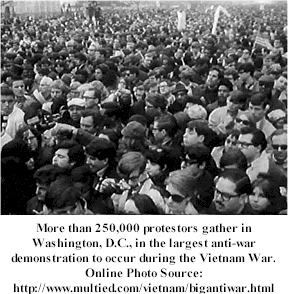 Students who are revolutionary in spirit... have come up with real social criticism in three phases: the Free Speech Movement, which began as an attack upon the bureaucracy of the large university and turned into a protest against the impersonality of all institutions that, like the government welfare program, have lost contact with the people and values they were designed to serve; the Civil Rights Movement, which began as a campaign for Negro rights and turned into a campaign for eliminating local pockets of poverty; and the Peace Movement, which has begun as a protest against American military involvement in Vietnam and is turning into an attempt to influence all of foreign policy...

...There was also concern for the fact that, in their enthusiasm for the movement, many students were leaving their studies and shuttling back and forth among the campuses of the nation as vagabond dropouts in a vaguely academic orbit. And the unkempt appearance, condescending manner, and frequent acts of civil disobedience of many of the demonstrators added to an impression that this particular lot had spoiled, and that something must be done to keep the rest from being ruined.

-- From "The Price of Peace Is Confusion" by Renata Adler in the December 11, 1965 issue of the New Yorker
Posted by Mike Klonsky at 6:09 AM