A step backwards...Shame on POTUS for not sending an official delegation to Fidel's funeral. Even though he has taken important steps forward in normalizing relations between our two countries, and ending the failed blockade, this snub will be taken as another insult to the Cuban people and the people of Latin America and the Caribbean for whom Fidel is a symbol of independence and anti-colonialism.

It shows that Obama is still too worried about what the Trumpy Republicans think about him to do the right thing. It's that fear, which helped paralyze his administration up until this, his last year in office, that will forever remain as part of his legacy.

It will now be left to the Republicans to move past Trump's alt-right rhetoric and finish the job of normalization (and take credit for it). If they fail and cave into Trump's campaign promises to roll back Cuba policy to the Cold War era, this country -- and not Cuba -- will be the losers. Chinese and European competitors will more than fill the void.

Remember, it was IL Republican Gov. George Ryan who lead our state's delegation to Cuba in 1999. The trip made the Republican Ryan the first sitting U.S. governor to travel to Cuba since the revolution 40 years earlier.

Ryan initially described the five-day trip as a way to foster a trade relationship someday between Cuba and Illinois, but the Bush regime frowned on that. It later was billed as a “humanitarian mission” to help Cubans and Illinoisans build bridges with one another. This was no "concession to communism" as the untra-right claimed. The delegation of about 50 included lawmakers, educators and officials from Peoria-based Caterpillar Inc., Decatur-based Archer Daniels Midland and other businesses.

Ryan's trip cleared the way for my own officially sanctioned trip months later, accompanied by 30 American educators. We brought with us a trunk load of school supplies, visited schools and met with teachers and ed policy leaders across the island. We discovered that despite the U.S. embargo that meant children often coming without notebooks, pencils or erasers, Cuban schools had produced the highest literacy rate in the Caribbean. Having free, universal health care and college tuition helped.

I'm hoping the events of the past week will lead to many more such educator and people-to-people exchanges. The people of both countries have nothing to gain from Trump's anti-Cuba bluster.

Another blockade. No, this time not in Cuba... N.D. Gov. Dalrymple, taking a page from the Cuban blockade, attempted to block food and supplies from entering the Oceti Sakowin camp yesterday. His strategy, to starve or freeze the 6,000 water protectors into submission. Under national and international pressure, he was forced to pull back the physical blockade but is now threatening fines for those carrying badly-needed supplies to the camp.

If anyone is planning on driving up to Standing Rock from the Chicago area, I have two cartons of thermal blankets that need to be delivered. Please contact me before you go. 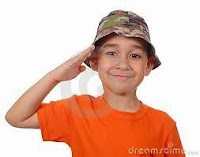 A SmallTalk Salute goes out to the 2,000 veterans on their way to Standing Rock to serve as human shields for the water protectors. NYT reports:


The veterans’ plan coincides with an announcement on Tuesday by law enforcement officials that they may begin imposing fines to block supplies from entering the main protest camp after a mandatory evacuation order from the governor. Officials had warned earlier of a physical blockade, but the governor’s office later backed away from that, Reuters said.