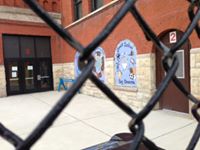 Metaphors...This is the second time in two days, I've heard the mayor's spokespeople refer to proper funding of Chicago Public Schools as a "bailout". Sounds too much like Gov. Rauner/speak to be a coincidence.

While lawmakers have been summoned back to Springfield this coming week amid talk of a potential stopgap budget, Gov. Bruce Rauner has repeated his opposition to a state-sponsored schools bailout and insisted CPS' fiscal woes are of the district's own making.

Well actually, both of the latest bailout references belong to Molly Poppe, from the city’s Office of Budget and Management. In response to Rahm's offer to have the city buy CPS debt, Pope tells S-T:

“We’re not contemplating bailing CPS out or borrowing on their behalf or loaning them money — even temporarily."

They've obviously gone from viewing public schools as beggars to outright criminals. As in -- Let's not let these dangerous public institutions back out on the street where they can steal again from the city's most wealthy tax dodgers.

Lucas himself was like the man behind the curtain in "The Wizard of Oz" — the unseen force pulling the levers, known to everyone but accountable to no one.

Well, this looks interesting... Chi Flack Night: City Hall Politics and Media - Chi Hack Night - The landscape has been rapidly evolving in Chicago City Hall in recent months, with the City Council taking up key legislation on everything from rideshare regulation to AirBnb to police reform. Communications strategist Joanna Klonsky is there for it all as communications consultant/spokesperson to many of the aldermen–most notably, the 11-member Chicago City Council Progressive Reform Caucus. Joanna will talk about how the changing environment has created new opportunities to make progress in City Hall, and how she works with media to help advance the necessary narratives to make it happen.
Posted by Mike Klonsky at 7:59 AM