Tale of two cities. Another new school for South Loop 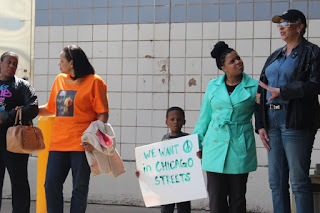 So far this year, as of Tuesday, at least 1,382 people have been shot in Chicago and at least 244 of them have died of their wounds. Last year at this time, 904 people had been shot, 157 of them fatally.
No, I don't blame MRE personally for 50% increase in the shootings (of mostly black and Latino youth) over the past year, on his watch. No one individual should bear that responsibility alone.

But I do blame the mayor for his misguided tale-of-two-cities policies, some of which are based on the notion that this is first and foremost a matter of policing strategy, stop-and-frisks, and mass incarceration. Cops, who have a role to play in protecting the community, at times have been the initiators of the gun violence. Problem is, they are usually a post-violence response. Rahm's police-based strategy has been a complete bust.

I will give him some credit for coming clean back in December, amid the fallout of the Laquan McDonald murder, about the "code of silence" within the CPD. His statement certainly won't endear him to the little fascist clique that runs the FOP and will probably open the city up to lawsuits and big payouts to the victims of police malpractice, torture, and shootings. But the mayor still appears unwilling to testify before a federal jury about the code. Why not?

This, even while his newly-appointed Supt. Eddie Johnson maintains that he has never seen even one case of police wrongdoing in all his 27 years on the force.

But nothing has been done under Rahm's watch to alleviate the city's concentrated poverty or prevent easy access to guns in the community. Quite the opposite.

Instead we see widespread gentrification and the continued isolation of poor and African-American communities and the push-out of black and poor from the city ("whitenization"). Chicago lost about 2,890 residents between 2014 and 2015. This, on top of the loss of 181,000 black residents between 2000 and 2010, pre-Rahm. On top of that, CPS and Emanuel closed nearly 50 schools in poor neighborhoods in 2013 and still about 313 schools--more than half of all schools--are considered underutilized, according to CPS. 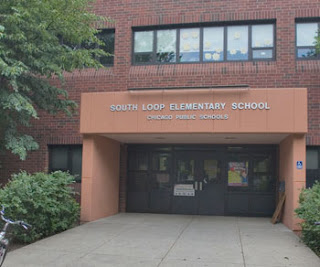 I see that Rahm is offering the upscale South Loop (Rahm-friendly Ald. Pat Dowell) a new elementary school. But, according to the Sun-Times,  the "broke" school district doesn’t have details about how it will pay for the school to be built in the South Loop for up to 1,200 elementary students (way too big). This as CPS is facing a $1 billion deficit and has told principals to expect to cut an average of 26% from their budgets. S-T says that the flurry of new schools and school additions will apparently be "bankrolled by that $45 million school construction levy." I believe that's a fancy way of saying, more taxes.


That allows Emanuel to curry favor with aldermen emboldened by his 25 percent approval rating by unveiling school construction projects all over town.

From my post, this is just more have/have-nots division of a shrinking pie. How about from yours?

Does anyone think this is a recipe for good schooling and less violence?
Posted by Mike Klonsky at 10:32 AM