Congrats to the MORE/New Action Caucus 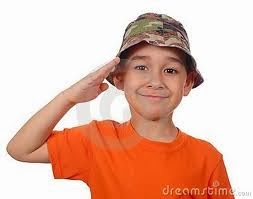 A SmallTalk Salute goes out to the social-justice activists within the York teachers union who have been fighting for years to democratize the UFT. Latest election results show the MORE/New Action candidates swept the seven high school teacher seats on the union’s Executive Board.

“Teachers now have a real voice in the United Federation of Teachers, and that voice will not be silenced." says new board member, teacher Arthur Goldstein.


The Caucus' goals are clear and progressive:
The vote totals show big gains for the activists over previous elections in a union, the largest AFT local in the country, tightly controlled by President Michael Mulgrew's misnamed Unity Caucus. Mulgrew won his third term as the union’s president with 76% of the vote.

The UFT represents approximately 75,000 teachers and 19,000 classroom paraprofessionals, along with school secretaries, attendance teachers, guidance counselors, psychologists, social workers, adult education teachers, administrative law judges, nurses, laboratory technicians, speech therapists, and 60,000 retired members. They also represent teachers and other employees at a number of private educational institutions and some charter schools.
Current UFT leadership, along with AFT Pres. Randi Weingarten, supports Common Core to the point where Mulgrew even threatened to "punch in the face" anyone who tried to "take away" his Common Core standards and tests.

The MORE/New Action gains follow an emerging democratic trend of rank-and-file victories in the largest big-city teacher unions over the past few years -- Los Angeles, Chicago, and Milwaukee.

Brother Fred posted videos of Mulgrew and Marcus McArthur who won a high school seat Thursday, for you to compare and contrast.

Pleased for all of @AFTunion regarding @MOREcaucusNYC election wins. We need activist union w/o loyalty oaths https://t.co/bW2zzokCxF
— Michelle Gunderson (@MSGunderson) May 28, 2016

Congrats to all the MOREistas in every division for the best opposition UFT election results in a decade and a... https://t.co/i7SeJ2RD0s
— MORE-UFT (@MOREcaucusNYC) May 28, 2016

Email ThisBlogThis!Share to TwitterShare to FacebookShare to Pinterest
Labels: unions.