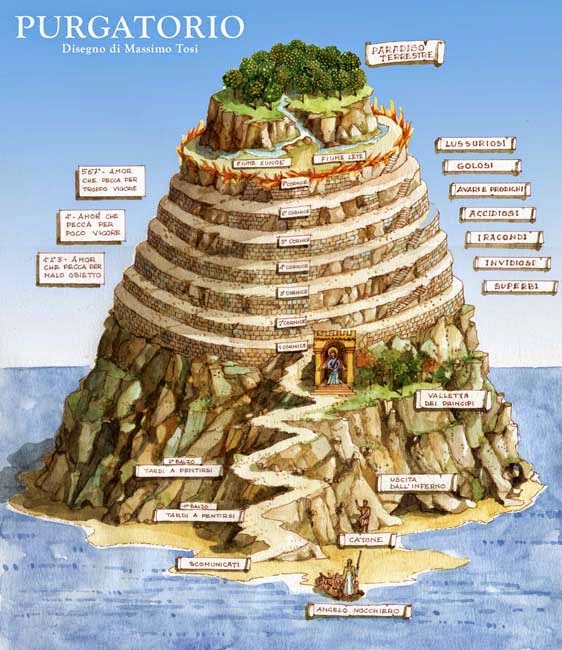 In yesterday's post about Barbara Byrd-Bennett's Level 1-5, school rate-and-punish system, I compared it metaphorically to Dante's 9 Circles of Hell. Then I kept staring at the circles in the Divine Comedy painting, trying to remember where I had seen that image before. Aha! Race To The Top.

A SmallTalk Salute goes out to AFT Pres. Randi Weingarten who was arrested in N.Y. yesterday for blocking traffic to protest a grand jury’s decision not to indict the New York police officer who choked Staten Island resident Eric Garner to death.

Last night in Chicago: CHICAGO (WLS) -- Hundreds of protestors marched in downtown Chicago for several hours on Thursday - and even briefly shut down Lake Shore Drive - in the wake of a grand jury decision to not indict a New York police officer in the chokehold death of Eric Garner.

From CNN --  If the color were removed from the boundless images of protests on America's streets over the last two days, they might be mistaken for black-and-white photos of the struggle for civil rights in the 1960s.

Civil Rights, not corporate-style reform, remains "the civil rights issue of our time".

A good question: Why did Mike Madigan block the state minimum wage bill? Isn't he a "Democrat"? Who benefited from his move?

Can't keep Karen down...Chicago Teachers Union President Karen Lewis says she’s eager to campaign for mayoral challenger Jesus “Chuy” Garcia — but isn’t quite ready. In a rare appearance since her October diagnosis, Lewis had stepped out Wednesday night to introduce Garcia at the union’s House of Delegates meeting. She said by telephone Thursday that she’s not yet campaigning for the Cook County commissioner set to take on Mayor Rahm Emanuel.