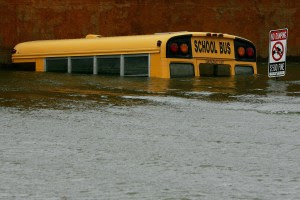 Mayor Daley's latest signature school reform effort, Renaissance 2010, was launched four years ago with a goal "to increase the number of high quality educational options in communities across Chicago by 2010.

But a new study by Catalyst Chicago has found "a complex picture that raises questions about the equity of Chicago's dramatic expansion of school choice under Renaissance 2010, which has so far created 75 new schools and drawn the attention of national experts because of its ambition and scope."

Catalyst notes that experts so far lack "conclusive research that would back up the central premise of Renaissance: that opening new schools will spur competition and force traditional schools to improve. A recent report by the RAND Corporation, often cited by charter advocates as evidence of the benefit to students, suggests mixed achievement gains."

"At the heart of Renaissance 2010 is the belief that opening new schools will benefit families and students," Catalyst notes. But the magazine found a series of troubling issues, including the fact that "ten of the city's neediest neighborhoods have yet to get better schools" and "a significant number of black students are . . . bypassing their low-performing neighborhood school only to end up at one that's no better."

Families are also having a difficult time navigating the bureaucracy when it comes to choosing schools, Catalyst found.

Renaissance 2010 has come under fire from a variety of places, including the longtime reform group Parents United for Responsible Education, which accuses school officials of "manipulating" the student bodies of Renaissance schools to "improve outcomes."

Educator and author Michael Klonsky writes on at SmallTalk: "Well, 2010 is only a little more than a year away. Will Daley/Duncan's Renaissance 2010 initiative to transform public education in Chicago through more standardized testing, closing neighborhood schools, militarization, and the privatization of school management, be hailed as a great success? Will Ren10 seal Mayor Daley's legacy as the 'Education Mayor' and slide CEO Arne Duncan into a cabinet post in President Obama's administration? Not likely. Chicago's high schools are still the basket case they were when Daley took over the school system in June of 1995."

"Disastrous federal polices like NCLB and 'Reading First,' the lack of adequate school funding, deteriorating economic and social conditions in the community, and teachers union wracked with internal division, have all contributed."

WBEZ's Eight Forty-Eight says that "while the program does have its problems, at its heart it's serving the intended purpose," summing up what Catalyst editor Veronica Anderson said in an interview with the program this week.