“I can now direct all my efforts to ending the barbarous use of solitary confinement and will continue my work on that issue here in the free world.” -- Guardian


Scalia’s passing underscores that waiting for bigots to die is a fool’s errand. It doesn’t excuse us from the work that needs to be done, both organizationally and politically, to further equality. -- MTV News 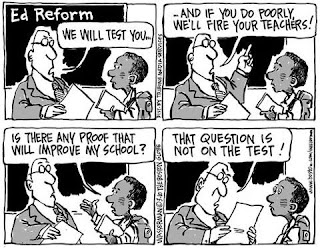 Donald Trump on his support for Iraq War.


“I really don’t even know what I mean because that was a long time ago and who knows what was in my head.” -- NBC, Meet the Press


“We definitely hear something new coming out of [Interim Ed Sec. John King],” she said, adding that while his words “mean a lot to us,” teachers are interested in seeing how he backs up those words with actions. “There’s some power in making a speech. I think that actually tells people where you are,” she said. “But if that’s where it ends, we’re in big trouble.” -- Washington Post

"Mr. Dalton was described by neighbors as someone who periodically shot a gun out the back door of his house." And "paranoid." More guns!
— Greg Mitchell (@GregMitch) February 21, 2016