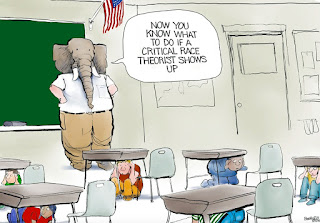 ...said in a morning prayer “let us realize our health is in the name of The Lord, who actually did make Heaven and Earth,” adding, “that’s all the science we need to know.” -- Newsweek

Sidebar ~  Altman has been canned as pastor of St. James the Less, a Catholic church on La Crosse’s north side after he delivered a slew of political messaging and misinformation that has caused pushback from his congregation.

“It’s horrifying. They’re cheering about someone saying that it’s a good thing for people not to try and save their lives,” Dr. Fauci, the nation’s top infectious disease expert, said of the crowd cheering for low vaccination rates. “I just don’t get that, and I don’t think anybody who’s thinking clearly can get that." -- CNN

These days, the right-wing culture war is perhaps better described with three Vs: vaccine derangement, validation of white racial innocence, and valorization of insurrectionists. -- WaPo