U.N. Secretary-General António Guterres on the military killings in Myanmar

I am deeply shocked by the killing of dozens of civilians, including children & young people, by security forces in Myanmar today.

“I had chicken pox, smallpox and tonsillitis in the first grade and nobody seemed to think that had anything to do with my reading trouble,” Cleary told the AP. “I just got mad and rebellious.” By sixth or seventh grade, “I decided that I was going to write children’s stories.” -- Guardian 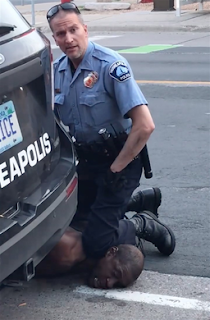 “She wanted to check on his pulse, check on Mr. Floyd’s well-being,” Blackwell said. “She did her best to intervene. When she approached Mr. Chauvin …. Mr. Chauvin reached for his Mace and pointed it in her direction. She couldn’t help.” -- AP

“They are treating us like robots rather than humans.” -- AP

Attorney Walter Shaub, former director of the US Office of Government Ethics

"Georgia's bill would make it a crime to give free food or water to voters standing in line for hours and hours. But we know who these politicians force to stand in line all day long," Shaub said earlier this month on Twitter. "I've never once stood in line for even five minutes where I get to vote. This racism is thorough." -- CNN

everyone's anti-godzilla until there's a 200,000 ton boat that can't be moved