Capitalism 2.0. Is the lion really lying down with the lamb? 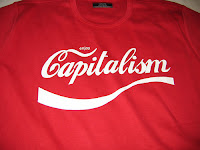 What's going on here? Corporate America, Hollywood, and NFL owners all rebranding and advertising Black Lives Matter themes, doling out billions in philanthropic grants to left and progressive organizations, and even heaping faint praise on socialists.
From watching the TV ads, one would think that the Fortune 500 corporations had all joined BLM, that the NFL had made things right with Colin Kaepernick, and that the Golden Globes weren't being awarded by a white-only board.
In this vein, two recent articles in Crain's Chicago Business caught my attention this week. The first, "City Council's socialists see themselves as an antidote to the status quo", by reporter A.D. Quig, is surprisingly praiseful of a "socialist bloc" of aldermen, elected to the Council in the 2019 anti-machine wave that included the landslide election of Mayor Lori Lightfoot.

Their legislative scoreboard isn't terribly impressive, and they've rankled some of their colleagues and the mayor along the way. But they've undoubtedly moved the needle: They changed city policy to fight gentrification in Woodlawn, along the 606 trail and in Pilsen. They've pushed officials to at least examine wresting control of Chicago's electrical grid from ComEd. And in the most recent city budget, they helped boost funding for non-police anti-violence programs and to have mental health workers respond to certain emergency calls instead of cops.

Corporate capitalists lauding socialist aldermen? Is the lion really lying down with the lamb or just preparing lamb stew? I would say, a little of both -- a divide and conquer game.

In the second, "Capitalism 2.0, it's not just about profits", Judith Crown claims there's a "new capitalism" that is all about socially conscious investors seeking "to improve sustainability and benefit the social good while still making money."

Putting lipstick on a pig? Of course.

Corporate greed has never been more rapacious. The gap between the one-percent and the rest of us has never been wider, and it's been made more apparent by a pandemic and global recession that has reproduced and magnified social inequality and put thousands of working-class and poor families on long food lines while Wall St. booms.

According to Oxfam, the world’s 10 richest billionaires — which include Amazon C.E.O. Jeff Bezos, Microsoft’s Bill Gates, and LVMH luxury group’s CEO Bernard Arnault — have collectively seen their wealth grow by $540 billion over this period.

Big philanthropy using a portion of its enormous concentration of wealth to improve its image while avoiding taxation is nothing new. It goes back to the days of Carnegie and Rockefeller. But there's more to it than that.

As more lives and communities are destroyed by the system that creates vast amounts of wealth for the few, the more heroic it sounds to “give back.” It’s what I would call “conscience laundering” — feeling better about accumulating more than any one person could possibly need to live on by sprinkling a little around as an act of charity.

So why is this sop to City Council socialists, now coming from the voice of big business in Chicago?

Well, for one thing, it's definitely not a "sea change," but the same old, same old in response to popular revolts and grassroots reform. It's what we used to call "riot insurance" back in the '60s. It's new in that it includes and is shaped by new technologies and includes innovative and created corporate branding strategies combined with the use of, what I call power philanthropy. That is, huge foundations created by the like of Bill Gates as alternatives to government, public space, and decision-making.

That's not to say there aren't real divisions among the plutocrats, populists, and fascists or well-intentioned philanthropists who truly support social justice and environmental movements on the ground.

But the system's short-term response to popular revolts is still tactical, a mixture of political repression along with some concessions and hard-won reforms for racial justice and expanding the social safety net. Then there's the long-term, strategic response -- an ideological barrage fomenting division, confusion, and false consciousness, the normalization of inequality the manufacturing of consent. 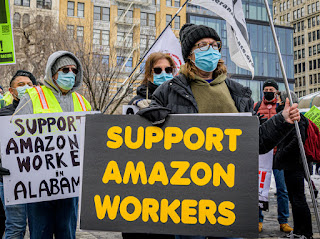 It was largely these insights about how power is constituted in the realm of ideas and knowledge, along side of repressive force, that pushed many of us progressive educators to develop the popular education practices, to contest accepted norms of legitimacy and foment critical thinking skills and habits of the mind in our classrooms and communities. All this in the face of a top-down corporate reform, heavily-funded by these same power philanthropists which was often successful in buying off leaders and fomenting divisions and splits at the base.

Our strategy included the adult literacy and consciousness-raising methods of Paulo Freire in his Pedagogy of the Oppressed, methods of participatory action research (PAR), and many other approaches to social transformation, popular media, communication, and cultural action.

I'll leave it to the current generation of activists, organizers, and educators to develop their own counter-strategies, and they are doing just that.

There's no better example I can think of than the current organizing drive among Amazon workers in Bessemer, Alabama, which ties labor issues to Black Lives Matter and issues of racial equality. That's the recipe, it seems to me.