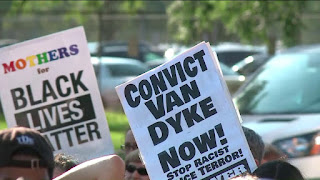 Students in my Urban School Policy class have been unpacking the word, urban. I had them make a list of descriptors for "urban schools" and let me just say, there was not much positive on that list. At first thought, urban schools are generally considered failing, poorly staffed and taught, under-resourced, low-scoring, violent... and the list goes on.

After some discussion, it becomes obvious to the students that these terms are mainly used as racial and class signifiers. Code language for predominantly poor, black and Latino schools. Because obviously there are lots of great urban schools as well as not-so-great, however you define great. In U.S. News annual rankings of high schools in IL, based largely on test scores and number of students taking AP courses, nine out of the top 10 are Chicago (Urban) schools.

My friend and colleague, Bill Ayers once asked a group of urban school principals,


“What is it, particularly, about the presence of poor, African-American, city kids in your school that makes the place wonderful?”

I asked my students to consider the same question when we visit a neighborhood high school next week.

On the topic of urban... Yesterday's Sun-Times story about the trial of Chicago cop Jason Van Dyke for the murder of Laquan McDonald, blared this headline.

By "Chicago", who do you suppose the paper is referring to? Could it be the CPD? After all, they were the last group to riot in Chicago and that was 50 years ago at the 1968 Democratic Convention protests.

The Sun-Times is obviously just doubling-down on the racist fear mongering tossed out there by Van Dyke's lawyers. The want the trial moved from Chicago because, as we all know, the city is a dark and dangerous place, filled with the other, sitting in wait for a chance to burn the city down.

If it was indeed true that black people riot whenever a white cop is acquitted after killing a black man, there would be continuous rioting, 24/7.

It's pretty clear also, that by "riot" they mean protest.
Posted by Mike Klonsky at 3:34 PM