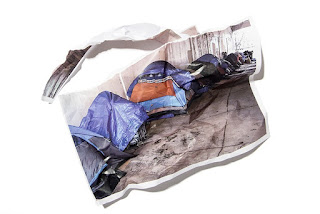 
“And so I parked my car and I went running over and I said, ‘Who are you and why are you doing this? I can’t believe any of the aldermen would do this.'" -- WGN

Oprah at the Golden Globes


They're the women whose names we'll never know. They are domestic workers and farm workers. They are working in factories and they work in restaurants and they're in academia, engineering, medicine, and science. They're part of the world of tech and politics and business. They're our athletes in the Olympics and they're our soldiers in the military. And there's someone else, Recy Taylor, a name I know and I think you should know, too. -- Transcript


"If this were happening in Connecticut, there would be riots in the streets." -- Washington Post


The fact that you have the richest man on the planet getting a tax incentive, in theory to move jobs to Illinois, while black women in particular have to beg on the county floor for a job, that's an unjust system. -- Hitting Left


And it confirms what we have all always known to be true: that the president severely lacks the cognitive ability to do this job, and that he is surrounded at all times by a cadre of enablers, dunces, and outright thieves. -- GQ

....Actually, throughout my life, my two greatest assets have been mental stability and being, like, really smart. Crooked Hillary Clinton also played these cards very hard and, as everyone knows, went down in flames. I went from VERY successful businessman, to top T.V. Star.....
— Donald J. Trump (@realDonaldTrump) January 6, 2018

The question of Oprah’s “qualifications” to be president is entirely beside the point. The question of why we continue to have this sad paucity of imagination wherein major political office is our only understanding of leadership/change is the point.
— wikipedia brown, unstable genius (@eveewing) January 8, 2018