Despite moratorium on school closings, CPS still at it 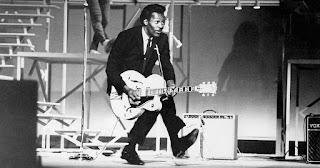 Maybelline why can't you be true?
You've started back doin' the things you used to do
-- Chuck Berry

Like Maybelline in the Chuck Berry classic, Rahm Emanuel and his lieutenants, Forrest Claypool and Janice Jackson just can't seem to be true. They just keep on doing the things they used to do -- like closing neighborhood schools populated mainly by African-American children. Only now, instead of taking the heat for the closings, they're claiming that the "community" made them do it.

Why can't you be true?

CPS continues to try and wiggle around it's own five-year school closing moratorium imposed in 2013 after massive protests in response to the closing of a record 50 schools, mainly in African-American neighborhoods. Rahm's hand-picked board (this has to change) has found new ways to close a few more, and are about to shut down four high schools in Englewood after agreeing to replace them with a brand new $75 million school. They claim it's all because of dwindling enrollment as black families continue their massive out-migration from the city.

But actually, the mass closings, along with the closing of health facilities and cuts to city services, have only served to push more poor and people of color out of the city.

Just check out this letter from Claypool/Jackson in response to protests by the Austin schools community, denying there was any talk about school closings in the west side community.

The pair have been implying that the CTU started the school closing rumors to stir up the community. Actually, it was Sun-Times Lauren Fitzpatrick who reported last week that, "proposed rules CPS released late Friday afternoon could allow more unpopular closures after June if they’re proffered by principals, parents or yet-to-be-defined 'community members'".

Fitzpatrick reported that meetings had taken place with pols like state Rep. La Shawn Ford and Ald. Emma Mitts (37th) about more school closings. Austin community leaders and activists then responded, making it clear as day that they opposed any more closings.

Mitts has been little more than a Rahm tool when it comes to closing schools in her ward and replacing them with privately-run charters. But Ford and about 30 community members, including the Westside Health Authority, state Sen. Kimberly Lightford (D-Maywood), the NAACP, and staffers from local schools, including charters, agreed to send a letter to school officials and Mayor Rahm Emanuel announcing their unity in demanding no more closures in Austin, which bore the brunt of the last round.

“We agree that no schools should close any more in Austin, can we do that together?” Ford asked at a community meeting Wednesday, prompting all hands to raise. “That’s an accomplishment right there.”

So there is little doubt that CPS is initiating the new school closing drive. They certainly aren't just sitting back and waiting for "the community" to ask them to close more schools.

Tomorrow on Hitting Left, along with our in-studio guest, Josh Fox from Indivisible, we will get an updated report from Niketa Brar who's part of the parent/community movement protesting the planned closing of the National Teachers Academy elementary school in the South Loop neighborhood.

On Monday, they took the protest right to Rahm's front door.

Check out these NTA students, speaking out in defense of their school at yesterday's city council meeting.