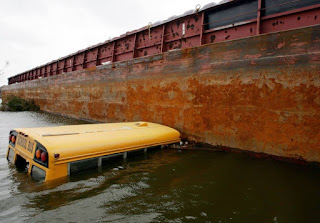 “You can’t avoid democracy forever, nor should you.” -- Neerav Kingsland, who worked for New Schools for New Orleans

In a move designed to, "close the wounds left by the state takeover" without threatening the power of private charter school management boards, the state of Louisiana is "giving back" the 52 charters schools it took from the New Orleans public school system in the wake of Hurricane Katrina.


In the decade since Hurricane Katrina hit New Orleans and swept away its public school system, the city has become a closely watched experiment in whether untethering schools from local politics could fix the problems that have long ailed urban education.

Before we go any further, let's be clear about one thing. It wasn't Katrina that "swept away" the N.O. public school system. It was a gaggle of opportunistic profiteers and union-busters who made the hurricane their rationale for firing every public school teacher in the Big Easy and for breaking their union. What they did in N.O., Detroit and other cities was no natural disaster. It was man-made.

The district's charter operators are still fighting off attempts by their teachers to unionize.

As for the so-called "give-back", Karran Harper Royal, an advocate for special-education students and their families, called it a “Trojan horse.”


“This is the kind of bill you get when the charter schools want to give the impression that schools are returning to local governance,” she said. “It feels like a very patriarchal view of communities of color, and white people deciding that black people, or people of color, don’t deserve democracy.”

According to the Brookings Institute:


The change in actual school functioning, at least in the short term, looks modest.  SB 432 preserves charter schools’ prominent role in the New Orleans school landscape.  It demands that local districts “shall not impede the operational autonomy of a charter school under its jurisdiction,” preserving the discretion over curriculum, instruction, and management provided to schools in their charters.

More from WaPo...Advocates for such choice frame it as a way to ensure that all children have fair access to good schools, no matter where their families live or how much money they earn. But critics argue that eliminating neighborhood schools has undermined the most vulnerable students by uprooting them from their communities and scattering them to schools citywide.


Harper Royal pointed to a 2015 Tulane University study estimating that there are more than 26,000 young people between the ages of 16 and 24 who are neither in school nor employed in the New Orleans metro area. They account for 18 percent of all the area’s young people, significantly higher than the national average of 13 percent.

Such high numbers of disconnected youth — as well as high rates of child poverty and unemployment — should factor into how the city’s education experiment is evaluated, she said: “You have to look at how it is working in the lives of the people, and it isn’t.”

She favors a competing bill that would have returned the schools to the Orleans Parish School Board without preserving the system of charter schools.

Louisiana has about 140 charter schools authorized by state and local school boards. The bill, signed by Democratic Gov. John Bel Edwards returns some oversight of charters to the Jefferson Parish School Board and  abolishes outside charter authorizer groups, who are not accountable to anyone but themselves. But the state will still have the power to overrule local districts when it comes to authorizing charters. 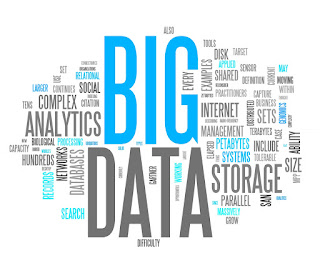 Unpacking Big Data...One of my current favorite thinkers on so-called school reform is Finnish educator and scholar, Pasi Sahlberg. His running theme -- If you really want to improve your system of education, do pretty much the opposite of current U.S. ed-reform policies.

In their May 9 WaPo piece, Pasi and Jonathan Hasak, take a hammer to one cornerstones of corporate-style school reform, the reliance on big data to drive policy.


One thing that distinguishes schools in the United States from schools around the world is how data walls, which typically reflect standardized test results, decorate hallways and teacher lounges.  Green, yellow, and red colors indicate levels of performance of students and classrooms. For serious reformers, this is the type of transparency that reveals more data about schools and is seen as part of the solution to how to conduct effective school improvement. These data sets, however, often don’t spark insight about teaching and learning in classrooms; they are based on analytics and statistics, not on emotions and relationships that drive learning in schools. They also report outputs and outcomes, not the impacts of learning on the lives and minds of learners.