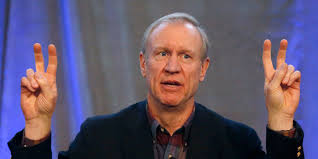 IL House members will vote today on overriding Rauner's veto of Senate Bill 1229. The bill was supported by AFSCME and passed by the General Assembly in May. It would put a potential labor-contract impasse in the hands of an outside arbitrator, rather than risk a strike or a lockout.

Rauner has been threatening to shut down state government as a way of busting the union -- like his hero Reagan did with the PATCO air controllers strike in '81. He would love to force the union into a strike or impose a lockout rather than negotiate a fair contract.

A veto override would be a major setback for Rauner and his union-busting gambit. The question is: Does Madigan and his veto-proof Democratic majority have the spine to stand up to the governor and do the right thing?

There's still time this morning to call your state rep and tell them to vote for the veto override.

Use the AFSCME Hotline at 888-912-5959 to call your state rep right now to urge a YES vote on overriding the governor’s veto. 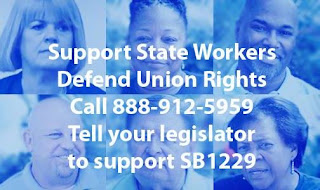