The view from L.A.

I'm in L.A. but still envious (no, really) of those who got to join the UIC picket lines or march yesterday  in Springfield in defense of public employee pensions. This show of strength, especially in anticipation of upcoming state and local elections, is bound to have some effect.

Now the question is, can this positive motion produce the kind of unity and organization needed to put a hurt on Rahm, Rauner, Madigan and their gang? I don't think the progressive movement really has a horse in the governor's race, but we should be able to use the growing rifts in the enemy's camp to our advantage.

Locally, the Will Guzzardi (39th) and Jay Travis (26th) state rep races are strategically key. The machine, including Boss Madigan's thugs, have jumped into the Guzzardi/Berrios race with both boots as Guzzardi's poll numbers continue to grow. Madigan's people are apparently taking  messaging and propaganda duties away from Toni Berrios' own incompetents. As a result the panicky Berrios campaign is headed straight for the gutter.

This from Gapers Block:


Maybe the memory of a close margin explains the recent outflux of advertisements from the 2014 Berrios campaign that range from the sensational to the horrific. "Will Guzzardi doesn't want you to know where sexual predators are hiding" declares one 8-by-10 inch card in red letters above a man's face emerging from the dark. "Sexual predators could be living near the park where our children play," Berrios's message continues on the back, "...and Will Guzzardi doesn't think we should know."

My feeling is that Berrios' gutter politics will backfire and Will will be able to pull it out. 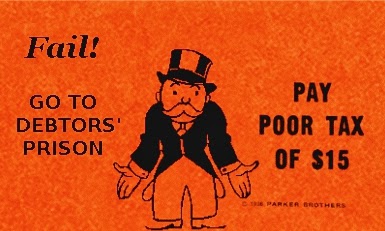 DEBTORS PRISON?…The Illinois unemployment rate is now among the nation's highest and even worse than midwest neighbors Ohio and Michigan. Wow! And as public employees have their standard of living reduced, pensions threatened,  and face mounting debt and trouble paying their bills, feudal lord Rahm puts the squeeze on them to pay up quickly or risk suspensions or firings. He's even using increased teacher debt as a reason to undermine the CTU contract. What's next, debtors' prison?

FACULTY POWER...The two-day UIC faculty strike appears to have had a major impact. Hundreds of classes were cancelled as tenured and non-tenured teachers and profs flexed their collective muscle. Hopefully this show of strength will force the administration to negotiate a fair contract with decent pay for university workers and empowerment of faculty over curricular and other decisions that affect teacher/learning and student well-being.

According to the Ward Room:


Instead of simply being about who gets paid what and when, the school’s first-ever strike is as much about what kind of an institution UIC is and will be, and whether or not educators are in the business of adding value to students or adding value to a university’s bottom line.

Writing in Jacobin Magazine, however, two UIC English professors, Lennard Davis and Walter Benn Michaels, make the case that UIC faculty are also committed to educating working-class students and say the strike is also about whether or not they’re able to fulfill that mission