Saucedo test boycott -- 'A step towards reclaiming humanity, joy of learning and education.' 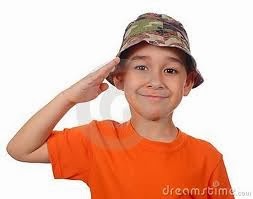 A SmallTalk Salute...This one goes out to the 40 teachers at Maria Saucedo Elementary Scholastic Academy who voted unanimously Tuesday to boycott the Illinois Standards Achievement Test. Byrd-Bennett warns that they could face disciplinary action.

But CTU V.P. Jesse Sharkey says: “I think it would be outrageous and wrong. . . . The teachers aren’t doing this for any gain. They’re doing this because they want to teach." He promises the union will “mount a strong defense” if the teachers are disciplined.


“We are not afraid. We’re standing strong for our kids and what is right,” says boycotting teacher Sarah Chambers. “This is one step towards reclaiming humanity and the joy of learning and education.”


I'm so happy for Rahm's kids... whose private school is getting a new $43.7 million arts building, courtesy of a $25M gift from billionaire George Lucas & wife Mellody. The new addition to Arne Duncan's alma mater, the Lab School includes a lobby/art gallery, 700-seat auditorium, 250-seat theater, 150-seat drama studio and four art studios and will even be named after an African-American photographer and movie director Gordon Parks because Mellody "is a deep believer in diversity".

As for our kids in CPS schools, not to worry Mr. Mayor. They don't need all that fluffy art stuff. It's not on the ISAT. A new survey of 170 Chicago public elementary schools by Raise Your Hand Illinois found that 65 percent do not offer the expected minimum of two hours of arts education per week, as Rahm and BBB claim.

The survey found that: