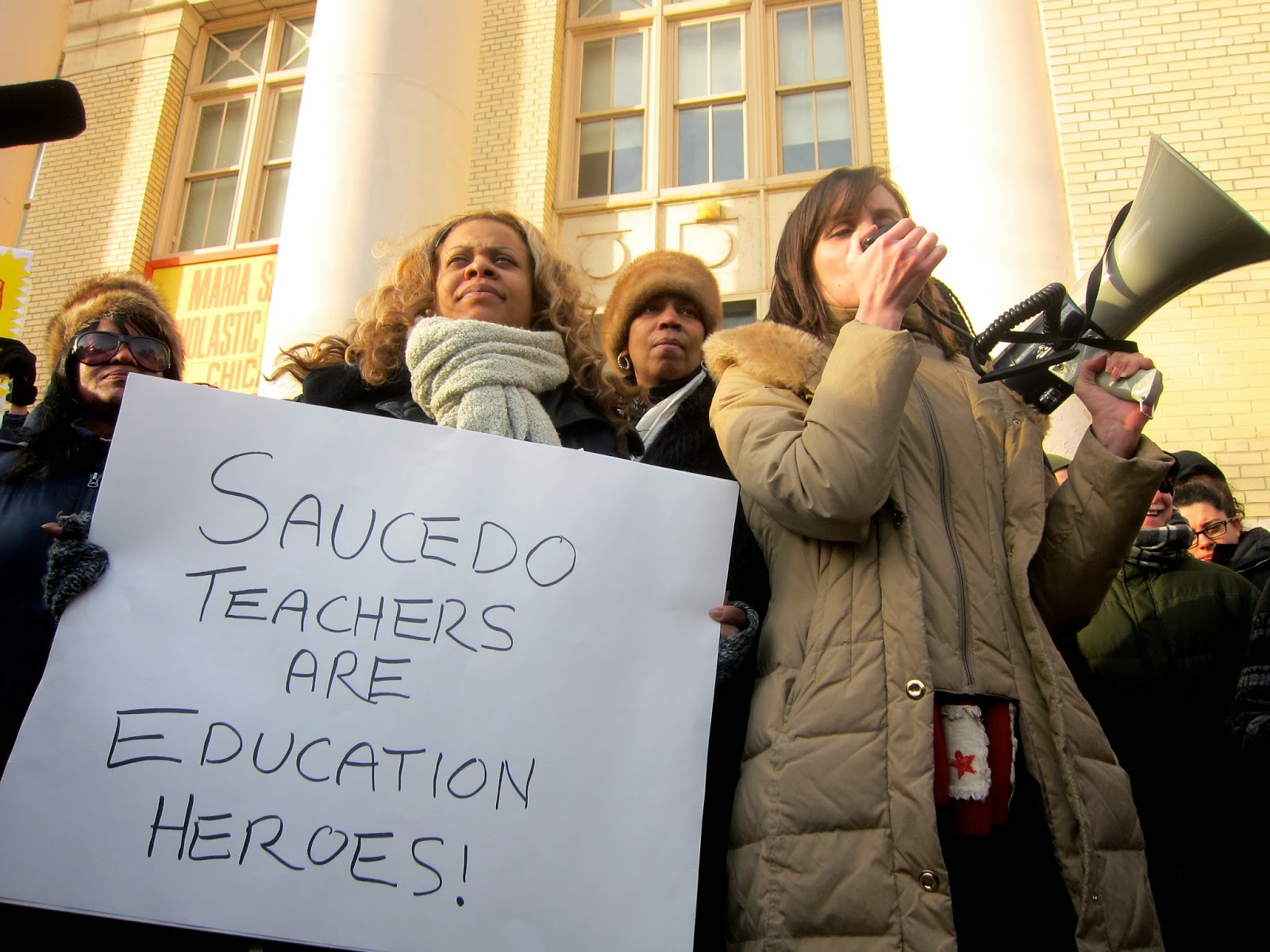 Nice flight down to Austin this morning. It seemed like half the plane (slight exaggeration) was filled with Chicago, NPE Conference goers.  Hilarious -- there was $8 Wi-Fi available on Southwest and next thing I knew everyone on the plane was checking in on FB. I wound up sitting next to old friend Mike Charney, former Pres. of the Cleveland Teachers Union. Thanks Mike, for making the flight seem a lot shorter.

News out of Chicago is both grim and hopeful. Grim because schools CSO Byrd-Bennett has gone postal over the growing teacher/parent ISAT test boycott. She is threatening to yank certification (end the teaching career) of any teacher who takes part in the boycott or even (get this) "any employee who encourages a student not to take the ISAT or who advocates against the ISAT on work time." The Mayor wasted no time is backing up this idiocy, telling the press, "CPS simply cannot allow teachers to do their own thing."

In the words of the late Warren Zevon, "Send lawyers, guns and money. The shit has hit the fan."

Hopeful, because today, teachers at a second school, Drummond, have joined the boycott and as I'm writing, the streets around Saucedo Elementary, where the current boycott began, are filled with angry protesters calling for BBB's head and for citywide support against threatened recession.

I'm fantasizing about thousands of teachers chanting, "I am Spartacus." Here at the NPE Conference, I'm hoping for a resolution backing Chicago's boycotting teachers. BBB's latest assault on the teaching profession calls for a national response.

I even got to mention the boycott and the conference during a session on Austin's Rag Radio with old friend Thorne Dreyer and UT Prof. Julian Vasquez Heilig.