Anatomy of a big high school 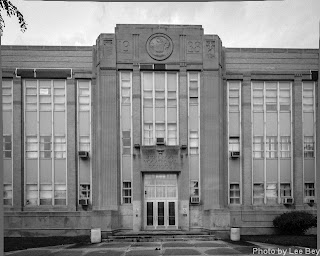 The massive, 72-year-old school, located at 2100 E. 87th St., is not only the city's second largest high school building (only Lane Tech is bigger), but is Chicago's best large-scale example of Art Moderne architecture. The 27-acre school, formerly known as Chicago Vocational High School, was built for $3.5 million, with 45 percent of the cash coming from the federal Public Works Administration. 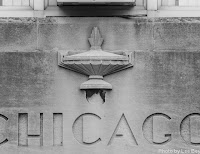 CVS was the first high school that joined the Small Schools Workshop back in the early 1990s. With nearly 4,000 students at that time, teachers and administrators were looking for ways to break through big-school anonymity, create a safer learning environment, and break down the wall between academic and vocational learning embeded in the old voc-ed model. After some initial successes, the project was lost to the district's shift to a test-prep regimen under Paul Vallas' regime.

Chicago Vocational closes and  re-opens in the fall as one of the city's five STEM (Science, Technology, Engineering and Math) academies. This is the latest in a long line of top-down, turn-around magic bullets. The hope, says Bey,  is that these six-year schools, with a curriculum and program developed by IBM, Cisco, Microsoft, Motorola Solutions and Verizon, will return the school to its original mission of producing graduates for the workforce. The design may have changed but the notion of public school as simply job training is anathema to sound ed policy.  But I do like the 6-12 concept, the small academy idea which lets kids choose based on their interests. I just think schools are for educating the whole child, not just the voc side.


Chicago Vocational's original concept was revolutionary. The school system figured out the world of the 1940s and beyond would need more machinists, auto mechanics, electricians, architectural draftsmen, food service experts, sheet metal workers, complex printing machine operators–and more–so they built a school to fill the need. The school was built for 6,000 students, all male, originally, who would graduate with certificates proving they were work-ready.