At the rally Saturday afternoon 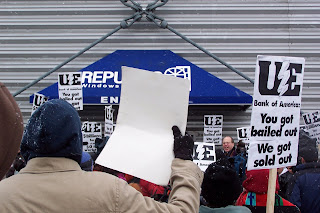 It was one of those typical Chicago frost-bitten afternoons. But we buttoned up and went over to Republic Windows & Doors this afternoon where a large crowd had gathered to voice support for the workers presently occupying the plant. Actually, it was just as cold inside the plant, but the 250 UE members were determined to stick it out until they get their pay. A rally was held and speakers included fellow unionists from around the city, including someone from the Chicago Teachers Union and Congressman Luis Gutierrez. Here's some of my pictures: 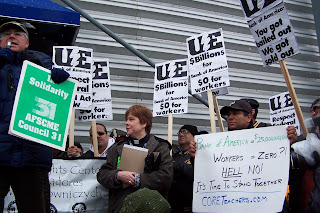 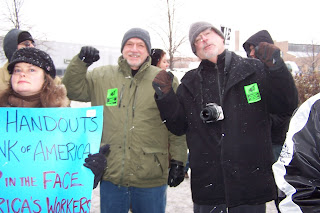 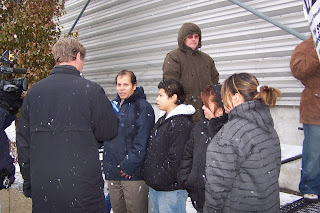 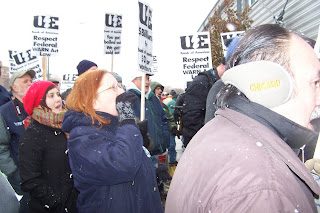 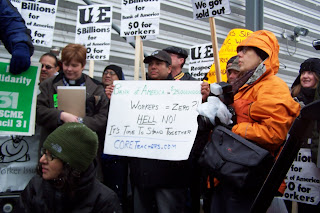