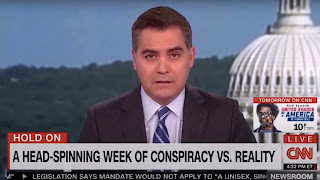 "That tale from the border didn't just border on BS, this was USDA Grade-A bullsh*t. -- Raw Story

Rick Ayers -- Capitalism is killing us

The big US and European pharmaceutical companies like Pfizer-BioNTech, AstraZeneca, and Moderna, hold patents on the counter-COVID vaccines and the accompanying formulas they’ve developed, keeping the processes of production under wraps. -- Medium

To bring real change, we need to call the situation what it is: an oppressive and discriminatory system that shows no signs of going away, and that meets the legal definition of apartheid. -- Human Rights Watch

On the penultimate day of the Confederate Heritage Month Gov. Reeves made a bold declaration: “There is not systemic racism in America.” -- Mississippi Free Press

Arizona recently chose to out-source its rights and responsibilities to recount ballots to a private company run by a CEO who has been spreading the “Big Lie” that the election was stolen. -- MSNBC

Ideas put forth in the Green New Deal in 2019, seen as radical at the time, are now the kind of stuff President Biden routinely proposes in his infrastructure and jobs plans. -- Guardian