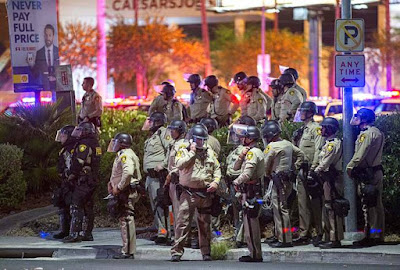 Some readers misread my previous post on MN's sham police reform as an indictment of reform efforts in general. That certainly wasn't my intention. I know there are some who maintain that police reform (and all reform) is a waste of time and "has never worked". I'm not one of them. As I pointed out in that piece, there are meaningless, lollipop reforms that are simply diversions, as well genuine, deep-going, comprehensive reforms that arise directly from people's struggle and are worthy of our support. Consider the current George Floyd Justice in Policing Act.

While the racist and repressive character of our criminal justice system remains a constant, the movement in the streets, combined with strong and committed political leadership, can drive change and force constraints on racist policing. A good example is Newark, where cops did not fire a single shot during  calendar year 2020, and where the city didn’t pay a single dime to settle police brutality cases. That’s never happened, at least in the city’s modern history.

From 2015 to 2019, the Newark Police Department killed eight Black men, according to The Washington Post, more than any other department in the state.

The changes in Newark were partly the result of strong leadership from Mayor Ras Baraka and from the constant pressure applied by the city's historically strong community and youth organizations. Newark is also operating under also a federally enforced consent decree. Under Baraka, the police have met with community groups, giving residents some control over law enforcement. Pressure from below, from the Black Lives Matter movement, has constrained police shootings. Meanwhile, serious crime in Newark has dropped by 40% in the last five years dispelling the notion that constraining the cops will increase crime.

Larry Hamm, long-time Newark community organizer and  head of the People’s Organization for Progress, points out:  “Police brutality is still a problem, but it’s fair to say the consent decree has had a real impact." Hamm was a protege of the late Amiri Baraka, the writer/activist who helped shape Newark's modern history.

The reforms are the results of a federal consent decree, the billy club used by the Department of Justice after a long investigation concluded in 2014 revealed the rot that had infested the department for decades. It found a rogue department that tolerated widespread brutality and racism, with no accountability, and zero training on how to de-escalate confrontations with civilians.

Questions remain as to whether the reforms in Newark can hold. Cops are still using force against Black residents, and activists remain split on the future of public safety there. Newark is a majority-Black city with a poverty level above 63%. Black people are still disproportionately stopped, frisked, and arrested. The new year also brought Newark’s streak to an abrupt end. At 12:03 a.m. on January 1, 2021, plainclothes cops shot and killed Carl Dorsey, a 39-year-old father. The state’s attorney general is investigating the incident.

But it's wrong to ignore or minimize the gains that have been made and the victories won, especially in the aftermath of the George Floyd murder and a string of others. Yes, there's still a long, difficult road ahead but it's one worth taking.