Dow is still a four-letter word to me 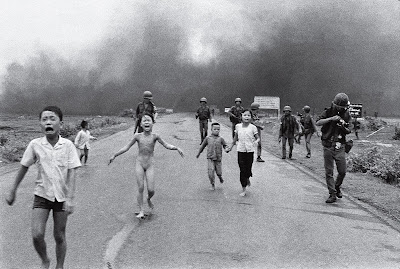 “Dow is committed to the principles of democracy and the peaceful transfer of power. Our values – integrity, respect for people, and protecting our planet – are the foundation on which we stand and our values guide our political contributions,” the company wrote.

Ruling Class Splits are important to note and utilize, when possible. But this one is unfathomable. The chemical giant Dow has announced it's suspending all PAC contributions “to any member of Congress who voted to object to the certification of the presidential election.” The suspension will last for one election cycle — two years for representatives and up to six years for senators.

Upon hearing this news, an old San Fernando Valley State College SDS comrade sent me some old clips to remind me of the battles we SDSers waged against Dow, the main manufacturer of napalm and other chemical weapons during the Vietnam War.

On May 7, 1966, Daily Breeze reporter Bob Rawitch [my former editor at the SFVC Daily Sundial] sat in on a regional meeting in Los Angeles of a relatively new left-wing group, the Students for a Democratic Society (SDS). In the next day’s Breeze, he reported on the group’s tentative plans to picket the Dow plant in Torrance and to distribute 5,000 leaflets protesting the use of napalm in the Vietnam War.

The demonstration was scheduled for Saturday, May 28, during the Memorial Day weekend. Two pro-war groups announced plans to counter the SDS protest: the Young Americans for Freedom (YAF), and the Victory in Viet Nam Association (VIVA), whose South Bay branch was headed by future congressman Dana Rohrabacher.

Dow plant manager vowed to conduct “business as usual” at the plant during the protest, and Torrance Police Chief Walter Koenig assured residents that the department was equipped to handle “any demonstration disturbance that might arise.”

NO BUSINESS AS USUAL soon became our mantra as we shut down universities across the country in protest of Dow Chemical and the genocidal war from which they were profiteering and still are.

Fast forward 56 years and we find Dow, their brand threatened by association after last week's MAGA assault on the Capitol, announcing that they were cutting donations to the election deniers.

Over the weekend, several other large companies — Marriott, Blue Cross Blue Shield, and Commerce Bancshares — announced a suspension of donations to members of Congress who voted against election certification. Monday, the list expanded to Amazon, AT&T, Comcast, Airbnb, Mastercard, and Verizonlp. Hallmark has even asked for its money back from two of the senators who opposed certification, Josh Hawley and Roger Marshall.
But here's the thing. Only those who just fell off the pumpkin truck will buy this sudden corporate about-face. Temporarily cutting-off donations, with a wink and a nod to right-wing PACs, only makes people more aware that these companies have been buying politicians and underwriting Trump and his MAGAs to the tune of millions each year since 2016. And there's little doubt that they've gotten their money's worth.
Posted by Mike Klonsky at 11:11 AM

Email ThisBlogThis!Share to TwitterShare to FacebookShare to Pinterest
Labels: Vietnam