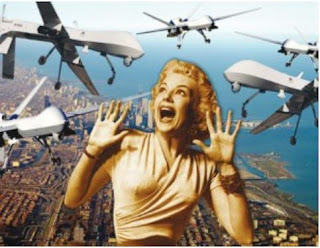 
“I’d have as many cameras as we could buy so the people could feel safer wherever they’re at … I’d have a camera on every block in the city if I could.” -- Sun-Times


You’re seen around the world as a 'beacon for repression'. -- The Hill


“Let’s be clear: This is not a speech of concession because concession means to acknowledge an action is right, true or proper,” Ms. Abrams said amid a blistering attack on Mr. Kemp’s record as the state’s chief elections regulator and on the balloting process in Georgia. “As a woman of conscience and faith, I cannot concede that.” -- New York Times


...said in an interview that airs today on "Rising" that it is a "misassessment" to say that the Democratic Party moving too far to the left will ultimately hurt its candidates in elections. "I think it's a total misassessment of what's happening. It's less about the politics of the left and the right, and it's more about the politics of the grassroots, versus elite politics.


“What are they [Amazon HQ2] going to do for the community? Are they going to guarantee us employment opportunities? I’m worried about, when they come, they’re not going to have opportunities for people. Not just people from Queensbridge — but other lower- and middle-income people in this area. That’s why we’re leery about them coming in.” -- New York Times


McRaven, the former Navy Seal who led the team that killed Osama bin Laden, called Trump's attack on the media "the greatest threat to our democracy in my lifetime." -- The Hill

People keep giving me directions to the spouse and intern events instead of the ones for members of Congress 🤦🏽‍♀️
— Alexandria Ocasio-Cortez (@Ocasio2018) November 14, 2018