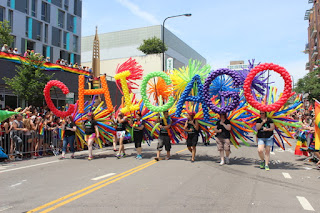 "“Well, I take long walks with our dog and ride my motorcycle. I head out alone and explore roads or find a little park to sit and think. Or a brew pub to strike up conversations. It’s really wonderful when people describing themselves as Democrats tell me to stay the course. That I’m doing the right thing. That energizes me and I know it sounds strange, but my wife tells me she hasn’t seen me this happy in 20 years. I feel totally honored and humbled to get the opportunity to improve the future of 13 million people.” -- Sneed


"That's what I'm afraid of — that it's going to be the same approach as NCLB, though NCLB said 100 percent," said Wilmette School District 39 Supt. Raymond Lechner. His affluent, high-scoring North Shore district, and others like it, likely will have a better chance than most schools to reach the 90 percent proficiency goal.


We can take nothing for granted—power concedes nothing without a demand, and if the people don’t demand preservation of our public schools, power may concede them to those who won’t. -- The Progressive


"I am, somehow, less interested in the weight and convolutions of Einstein’s brain than in the near certainty that people of equal talent have lived and died in cotton fields and sweatshops." - Stephen Jay Gould -- FB