The hunger strike bears its fruit 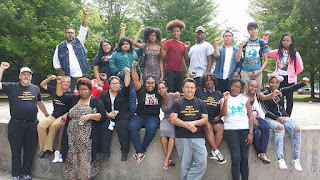 There's lots of lessons to be drawn from this great struggle. There's power in community organizing and saving and transforming public education is central to that struggle.

The Dyett hunger strikers and the Bronzeville community didn't get all their demands met by a resistant school board bent on school closings. But their struggle ended in victory, make no mistake about it. Proof -- the  Dyett High School for the Arts will open next week with a $14.6M upgrade one year after the 34-day hunger strike ended.

If you hit it, it will fall...Chicago Newsroom's Ken Davis interviewed Chicago Reader's Ben Joravsky and newly-elected Pres. of the Chicago Principals and Administrators Association, Troy LaRaviere.

Asked if Emanuel will pivot on education policy as he did on police, LaRaviere said: "Only if the people force him to. Because he didn't pivot on the police. He came out with his 'lone officer' theory and the only thing that changed it was the uproar and the protests in the streets and the call for his resignation. And he came back a little softer and a little more willing to admit something might be wrong. It didn't work. There was still an uproar in the streets, and that uproar caused a national call for his resignation. And then there was the famous City Council speech. He'll go as far as the public pushes him." -- Watch the interview here: http://bit.ly/2bXZ0fg 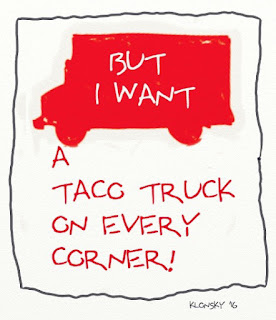 A warning from Marco Gutierrez, paid stooge and founder (only member?) of  Latinos for Trump:


“My culture is a very dominant culture and it’s imposing and it’s causing problems. If you don’t do something about it, you’re gonna have taco trucks on every corner.”

Latinos for Trump Founder: If We Don't Act, 'You're Gonna Have Taco Trucks on Every Corner' https://t.co/GMVqsXow2C pic.twitter.com/L0ojdajW8P
— Mediaite (@Mediaite) September 2, 2016

My culture is a very dominant culture. And it's imposing. If you don't do something about it, you're going to have Starbucks every corner.
— Alex Seitz-Wald (@aseitzwald) September 2, 2016