Time for a Deweyan revival 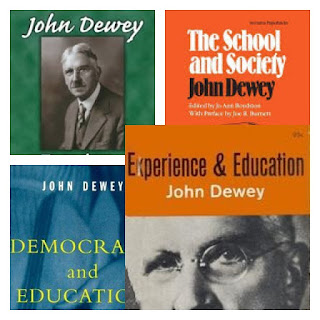 "Democracy needs to be reborn in each generation, and education is its midwife." -- John Dewey

The great American educator and philosopher, John Dewey, was born on this day in 1859. Dewey was the guiding light behind the progressive education movement of the last century and still is, for those of us who still value progressive and democratic ideals and educational practices.

In 1916, John Dewey published “Democracy and Education,” which advocated for placing the child, as opposed to the curriculum, at the center of the classroom. Dewey saw education as a social interaction between children and adults, and believed that knowledge couldn’t simply be given to a child, but that a student must experience something and engage with it to learn.

But today, after decades of No Child Left Behind, Race To The Top, and Trump/DeVos, there are only small traces left of Deweyan influence on public school policy. There were brief revivals during the Civil Rights Movement of the '60s (Freedom Schools Citizenship Schools in the south and alternative schools in the north) and then during the Small Schools Movement of the 1990s. But today, those examples and other have been pretty much crushed or co-opted by corporate "reform", testing madness, and privately-run charter schools.

Now in fact, the very survival of public education is in doubt as the hard-won gains of the Civil Rights Movement are being rolled back under the current Dept. of Education and right-wing state governments. Privatization, resegregation and the erosion of all public space and public-decision making mark the current trends in education. Higher education is increasingly an unaffordable commodity for all but the children of the wealthy.

It's time for a Deweyan democratic revival in school and society.
Posted by Mike Klonsky at 12:35 PM

Email ThisBlogThis!Share to TwitterShare to FacebookShare to Pinterest
Labels: Dewey