Trying to wrap my head around: Fascists vs. top U.S. general over 'Critical Race Theory'


Hard to wrap my head around this one...A battle royale between MAGA white supremacists and the Joint Chiefs of Staff over Critical Race Theory. No, I'm not kidding. And it's no joke.

“I do think it’s important, actually, for those of us in uniform to be open-minded and be widely read...and it is important that we train and we understand,” Milley said. “I’ve read Mao Zedong. I’ve read Karl Marx. I’ve read Lenin,” Milley said during the hearing. “That doesn’t make me a communist. So what is wrong with understanding, having some situational understanding about the country from which we are here to defend?”

Contrast this with the way they MAGAs destroyed Colin Kaepernick's football career after he took a knee against racism. They claimed he was "disrespecting our men and women in uniform."

Physician, heal thyself... Conservative cold-warriors of both the pro-Trump and anti-Trump variety, posing as oracles of democracy (everywhere but here) need to take a hard look in the mirror. Here's anti-Trump conservative, Jay Nordlinger writing in National Review,

For decades, I heard from the Left that Fidel Castro was popular with “his people.” For many years now, I have heard the same about Vladimir Putin and Russia — from the Right, usually. The answer in both cases: If that’s true, why doesn’t he allow free and fair elections, to prove it?

The question he should be asking is, why don't we?

Republicans on Tuesday blocked the most ambitious voting rights legislation to come before Congress in a generation, dealing a blow to Democrats’ attempts to counter a wave of state-level ballot restrictions and supercharging a campaign to end the legislative filibuster.

WaPo reports at least 250 new restrictive voting laws have now been proposed in 43 states. It's impossible for former colonial powers to credibly call for "democracy" in other countries when white supremacy and fascism are growing trends at home.

No, not in Xinjiang... but in Canada where for decades, Indigenous children were taken from their families, sometimes by force, and housed in crowded, church-run boarding schools, where they were abused and prohibited from speaking their languages. Thousands vanished altogether. Now, the remains of as many as 751 people, mainly indiginous children, had been found in unmarked graves on the site of another former Indian boarding school.

Fearful of confronting their own colonial and imperial histories, the new Cold Warriors are arrogantly targeting China once again. They are bankrolling and encouraging secessionist movements in Hong Kong, Taiwan and sending warships into the South China Sea. That's how cold war turns to hot war. 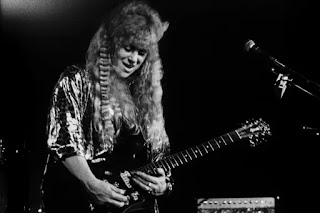 R.I.P. ~ One of my favorite singer/slide guitarists from back in the day, Ellen McIlwane who played alongside the great ones, but never got the credit she deserved.

“The guys all had their girlfriends along, and I was relegated to being one of the girlfriends until we got onstage,” she told the Raleigh (N.C.) News and Observer.